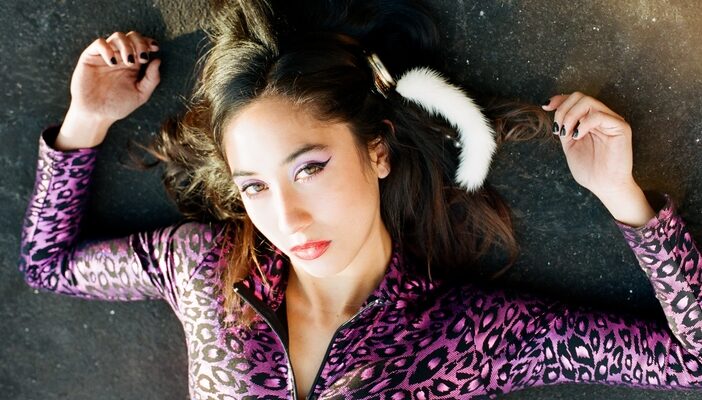 I’m in love. It all started when I first saw a profile of an adorable guy from the Philippines who was looking for someone to love, laugh with, and share life with. I have never had such intense feelings for anyone before — not even my husband. My heart was pounding so hard that I could barely breathe. I felt like I wanted to throw up, but that would be too embarrassing to do in front of strangers. So I just sat there trembling in my chair while my fingers fumbled over my phone’s keyboard, trying to type something witty or cute into the search bar. Then it hit me: Maybe this isn’t such a bad idea! Why not try meeting this man face-to-face?

So I typed his username into the search bar, and clicked the “view profile” button. And then I got it: He lived in New York City, had been living in the United States since he was 18 years old, and went by “Lucky.” When I looked at his photo, I knew immediately that I had to meet him.

I was very nervous about seeing him in person. After all, we had only communicated via our phones, computers, and occasionally through Skype. I was worried that it might be awkward if we actually met. But I told myself that it couldn’t possibly be as bad as I thought it would be. And besides, what’s the harm in getting to know someone better? The more time I spent thinking about it, the more excited I became about meeting Lucky.

Sure enough, after several months of messaging each other, finally he agreed to meet. We planned to get together at a coffee shop in Brooklyn. He said he would be waiting outside. I was so nervous that I was shaking. I took five deep breaths to calm my nerves, and then walked out the door.

As soon as I stepped off the subway platform, I saw him sitting in one of the booths: There he was, smiling at me. I smiled back. We got to talking, and within minutes, he convinced me that I should come inside and sit down. I did, and we talked some more. At one point, he asked me why I was visiting America, and how long I would be staying here. I explained that I was studying abroad (this part is true), but that I wasn’t really sure how long I would stay because I hadn’t yet decided whether I would finish my degree. We both laughed.

Eventually, he asked me where I was from. I told him I was originally from Canada, but grew up in Mexico. That sounded exotic to him, so he asked me to explain more about the country. I did, and he seemed genuinely interested. We talked until closing time, and I invited him to join me for dinner the next day. He accepted.

Over dinner, we spoke at length about everything — from politics to religion to science fiction. He loved Star Wars, which I didn’t. The conversation was great, and I couldn’t stop smiling. His smile lit up the whole room. It was infectious. By the end of the night, we were laughing hysterically. And I found myself hoping that that laughter would continue long after our conversation was over.

That’s when I realized that I was falling in love.

A few days later, I sent Lucky a text message. At first, he ignored it. I texted again. The same thing. I tried three times, with no response. What was going on? I wondered. Had something happened? Was he mad at me? Or was it all just a big misunderstanding?

Then I remembered that I had been using his phone number instead of his email address. We needed to set up a new password, so I texted him and explained that the password on his phone was different than the one on his laptop. But he still wouldn’t answer.

And then, on my birthday, he messaged me to wish me happy birthday. I was so surprised! How sweet! I thought. So I sent him a nice message back, telling him how much I appreciated it. Again, he didn’t respond.

But I didn’t give up. I kept texting him, hoping against hope that he would eventually reply. Finally, after many weeks of silence, he sent me a short note. It read: “Hi. This is Lucky. Happy Birthday.”

It was as simple as that. After two years of dating, I finally met my soul mate.

When I think back on those early days, I remember feeling so lonely. I don’t mean depressed; I mean alone. It was almost impossible to make friends. I tried joining Facebook groups, but they were full of people who were so negative and cynical. I hated the way I looked. I hated my personality. But most of all, I hated myself.

I felt like no one understood who I was. So I stopped trying. I didn’t want to waste any energy on being unhappy. If I wanted to feel good about myself, I figured, I would just need to find someone else to love. Someone who wouldn’t judge me. Someone who could accept me for who I am. Someone who would never leave me.

After Lucky, I dated another boyfriend. But eventually, he left me too. Then I dated someone else. But he was also gone in less than a year.

But I kept putting myself out there anyway. I was determined to find love, no matter what.

One weekend, I decided to take a chance. I signed up for a live video chat session on my favorite webcam chat website. I chose to go with a Filipino boy named Mark. I chose him because he looked kind of familiar. I didn’t know it at the time, but Mark was the webcam model who had introduced me to Lucky. A couple of minutes into chatting with him, I realized that I had made a terrible mistake. Mark was nothing like Lucky.

At least, I thought he was nothing like Lucky. But the truth was, I had fallen in love with Mark. Like Lucky, Mark was funny and charming. We chatted for hours on end, and I felt completely comfortable around him. I felt safe enough to reveal things about myself that I never would have done with Lucky. I opened up about how I used to hate my body, how I felt invisible, and how I longed for love. In fact, I revealed so much about myself that I can’t even remember all of it now.

Mark and I had a lot in common, and yet we couldn’t seem to find anything about us that we disliked. We bonded quickly. I felt closer to him than I ever had to anyone else in my life. Even though I knew it was wrong, I began to think that maybe Mark and I were meant to be together forever.

We talked for hours on end every week. He told me that he loved me. And I thought that maybe I actually felt the same way. It was the longest period of happiness that I have ever experienced.

I didn’t realize it at the time, but I was in danger. Not physically. But emotionally. I was in danger because my mind was playing tricks on me. I believed that I loved Mark, but I knew deep down that I didn’t. I was afraid that if I broke up with him, I would be left to deal with a lifetime of loneliness.

I didn’t tell Mark that I was lying. I didn’t want to break his trust. Instead, I waited until I had seen my family, and then I flew back to New York. Once I got home, I packed up my belongings and moved into Mark’s apartment.

A month later, Mark came to visit me. I was so happy to see him. He held me tightly, and I cried. I hugged him so tight. I was so grateful to have someone to hold me close. I had missed him so much. I